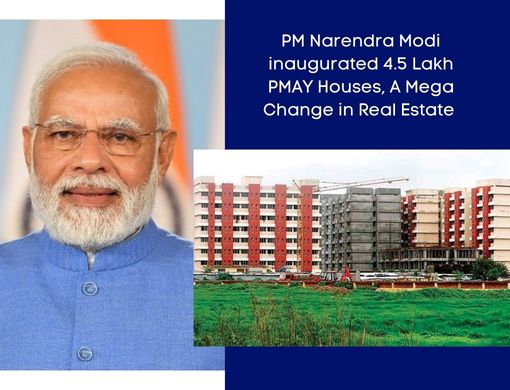 On the Occasion of dhanteras 2022 PM, Narendra Modi Participated through video conference in "Griha Pravesh" of more than 4.5 lakh PMAY-G beneficiaries in Satna district in Madhya Pradesh and dedicated homes constructed under the PM Awas Yojana (Gramin).

“Under the PMAY-G, in the last 8 years, more than 3.5 crore poor families have got new houses. Our govt is committed to the poor and marginalized. Be it toilet, electricity, water or gas, we have included every facility to cater to their needs in PM Awas Yojana," PM Modi added.'

A total of 38 lakh houses have been sanctioned in Madhya Pradesh under this scheme. A sum of 35,000 Crores is spent on constructing these PMAY houses. In the awe of Dhanteras, fests have made another big reversal for those whose dream of a pucca house has eventually turned hard. It's the same month's third successive corner and a major real-estate sector advance.

The Pradhan Mantri Awas Yojna (PMAY) has become a "major medium for bringing in socio-economic change" in the country, Prime Minister Narendra Modi mentioned during his virtual address.

It's the constant bid of PM Modi to give introductory living amenities, including pucca houses, water connection, electricity, etc. And it'll soon be a reality for these heirs. PMAY scheme has formerly served numerous heirs across India and will continue with the same effect until all the heirs aren't covered in the country.