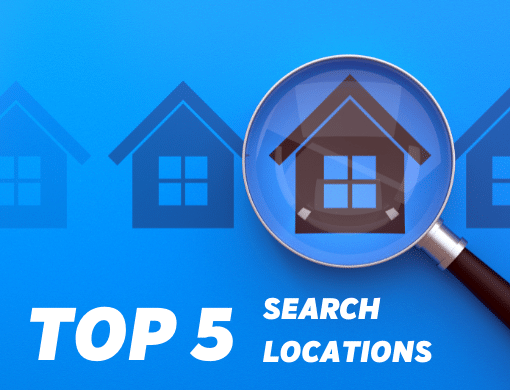 With the reducing impacts of the pandemic and economies working in full swing, in the first quarter of 2022, there has been a small spike witnessed in housing demand across the top six cities. However, unlike previous quarters, where most searched locations were mostly in MMR, in Q1 2022, the compiled list featured the residential hubs offering affordable and mid-segment housing.  Let’s have a look.

In the past two years during the pandemic, when people saw economies around the world dwindling and undergoing constant struggle to regain their strength, it became evident that owning assets can act as the most effective protective shield against such uncertainties. Swayed by similar sentiments, a large number of people entered the housing markets. While few searched for their ‘dream home’ which can fit their aspirations, the other section of buyers eyed residential properties as profitable investment avenues.

Carrying forward similar sentiments, the past few months also witnessed record-high housing demand and a parallel healthy supply of housing units. Further, high ownership sentiments combined with an all-time low-interest rate, stamp duty cuts, and property tax waivers gave a needed push to the housing segment. However, there were few pockets of the cities, which, like always, continued to be the center of attraction for most home buyers and accordingly ranked high for the total online searches recorded. This time such most searched locations were the ones, where inventory majorly consisted of affordable and mid-segment properties.

At Square Yards, diving deep into the search trends, we compiled the list for you and came up with some of the plausible reasons which make these locations most sought after.

The IT/ITES sector in India has grown and amplified to a large extent in the past decade. Testimony of the same is also evident in the other top six cities which witnessed large masses of people pouring in and accordingly adapted to cater to the demand of employed folks.

Notably one of such opulent housing locations is Whitefield. Located in East Bengaluru, the location falls in the category of the housing segment which owes its success story to the rise of the IT industry in the city. Home to many residential and commercial hubs, Whitefield undoubtedly forms a significant part of the city and continues to garner the interest of the masses even to date.

From a development perspective, while major big realtors like Sobha, Prestige and Shri Ram Group are offering commercial and residential spaces in Whitefield, several other new launches are in the pipeline to absorb the increased housing demand in the location in the past few months.

Considered one of the expensive localities in Bengaluru, it was noted that in the first quarter of 2022, the average price of multistorey apartments was Rs 6,700. However, the average price for independent homes and builder floors floated around Rs 4,850 to Rs 4,900.

As per Square Yards online search trends, Chinchwad in Pune was leading the charts in Q1 2022, with maximum numbers of home buyers looking for their safe havens in the suburbs. And why not?  Owing to the presence of industrial and commercial hubs, Chinchwad has always been the focal point of homebuyers over the years.

Interestingly, this preference further spiked during the pandemic and Chinchwad emerged as a premium residential locality for many in the western suburbs of Pune. Also, as the location entails a wide range of housing developments, such as plots, villas and apartments, the real estate demand is expected to rise in upcoming months as well.

Additionally, with the latest announcement of Chinchwad as a proposed metro station under the ambit of the Pune metro project in the pipeline, the region has been once again in the limelight.  It is expected that once this metro line is functional, one can also witness the property prices in this location increase exponentially.

While the property price ranged from Rs 5, 400 per Sq. Ft. to Rs 8,350 per Sq. Ft. in Chinchwad in the first quarter of 2022, the average price per Sq. Ft. for a multistorey apartment hovered around Rs 6,880. This made it one of the affordable locations situated in proximity to industrial hubs in comparison to other localities of Mumbai.

Next on the list was Mira Road. Regarded as one of the far-flung regions of Mumbai, Mira Road is one of the prime locations, widely known for its salt pans and picturesque mangroves. From green surroundings and spacious residential units to comfort, better connectivity and a bustling social infrastructure, the region has it all, making it one of the most preferred residential destinations in the western suburbs.

Apart from that, with the proposed Andheri-Dahisar-Mira-Bhayandar metro line, expected to reduce traveling outlay by almost 30 kms between Mumbai suburbs and Mira-Bhayandar, the location is all set to garner more new home buyers. This holds well, especially for people who are keenly looking forward to residing with families and are searching for amenities, such as schools, hospitals, etc. in proximity to their homes.

While the price range for apartments in Mira Road ranged from Rs 7,270 to Rs 10,250 per Sq. Ft., the average price of the multistorey apartments hovered around Rs 8,800. The average price for builder floor apartments, on the other hand, stood at approx. Rs 7,880.  Albeit being one of the high-priced locations over the last few years, Mira Road has remained on the homebuyers' list in spite of exorbitant property prices.

If there is one city, which has emerged and capitalized on the land resource, it's undoubtedly Hyderabad, more specifically the locality of Attapur in Hyderabad. In the past few years, Attapur has grown by leaps and bounds, recording significant growth for the residential as well as the commercial sector.

One of the main underlying reasons why the area has emerged as one of the top destinations is its hustling and well-connected neighbourhood. Developed along the PV Narasimha Road Expressway in the south zone, the region offers an excellent link to the central zone along with prominent localities, such as Mehdipatnam, and Tolichowki to name a few.

Adding on, leading IT/ITES and big corporate giants also have their offices in Begumpet and HITECH city which is only about 13 Km away from Attapur. With that being said, it is also well understood that housing demand in Attapur is largely influenced by the preferences of the working population in these business hubs.

In view of price trends, despite the prominent development taking place in Attapur, the location still provides its home buyers with a variety of offerings in affordable and mid-segment housing. In Q1, 2022, approbating the same, the average price for apartments was pegged around Rs 4,850 per Sq. Ft.

One of the developing suburbs in the Konkan region of MMR, Virar West is known among homebuyers for the availability of a wide range of properties in the mid-segment as well as premium segment. With the influx of luxury projects and leading developers in the area, the landscape has evolved significantly over the years. Owing to its better connectivity through the western line with major employment hubs in Goregaon, Andheri and Malad, the demand for property has also gone up in the past few months.

Taking into consideration that Virar West has a promising social and physical infrastructure, along with the upcoming affordable housing locality in the pipeline, the region is expected to witness a new phase of growth and enhanced connectivity in the upcoming months. While leading builders are Rustomjee, Cosmos and Bhoomi, as of now, more new players are also expected to venture into this prime residential location.

From the perspective of property prices, in the first quarter of 2022, the average price for multistorey apartments hovered around Rs 5, 350 per Sq. Ft, whereas for builder floors the estimated average price was Rs 4,900 per Sq. Ft.

If one closely looks at the exhaustive list collated above based on the online search demand in the first quarter of 2022, undeniably locations with affordable and mid-segment housing can be seen driving the demand trends at large. The other most searched locations are Naigaon East (MMR), Nalasopara West (MMR), Dhanori (Pune), and Sector 73 (Noida) to name a few.

In a nutshell, as luxury, space and comfort remain the top preferences of a large chunk of buyers, a heightened prioritisation of the peripheral locations in proximity to industrial hubs can be seen over the ones in Central business districts. Therefore, the huge spike in demand for homes in such locations.

However, with the revised repo rate in place and its anticipated impact on lending rates across the country, the realty segment is up for revision. Due to the same factors, the demand-supply dynamics can also be expected to change substantially in the upcoming months and so the inclination of home 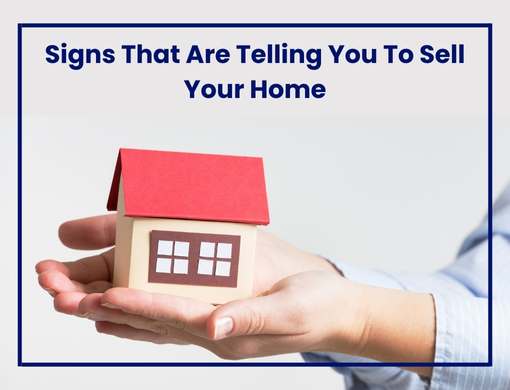 Signs That Are Telling You To Sell Your Home.. 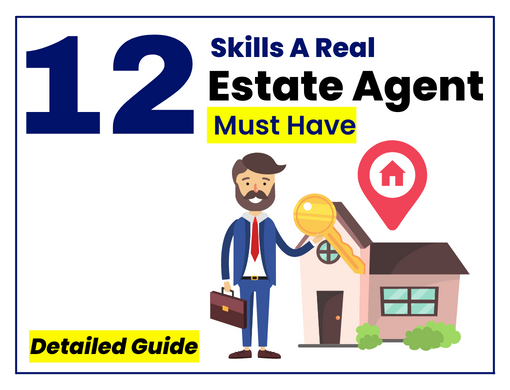 12 Skills A Real Estate Agent Must Have Detailed G.. 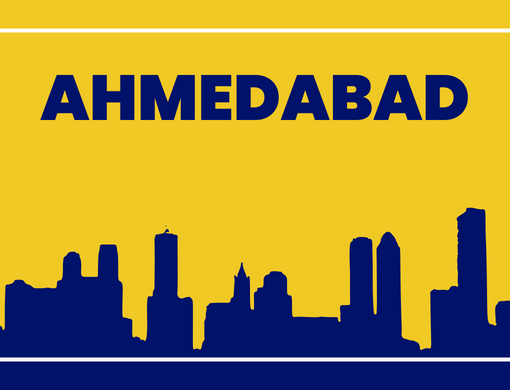 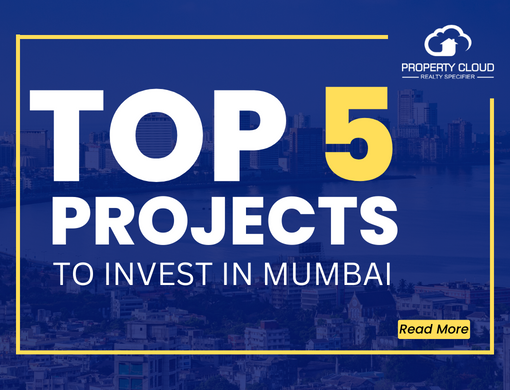 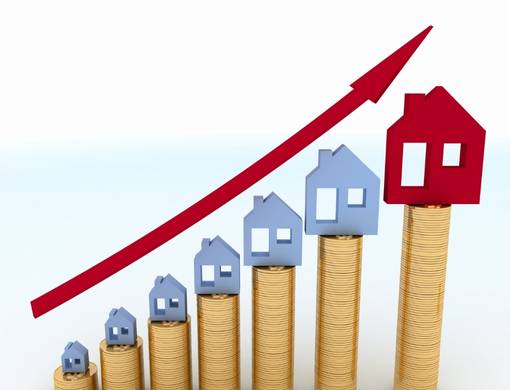 Residential Rent Is Rising How Much Rent is Rise i.. 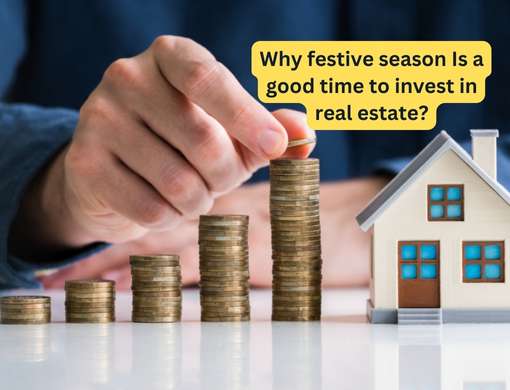 Why festive season Is a good time to invest in rea.. 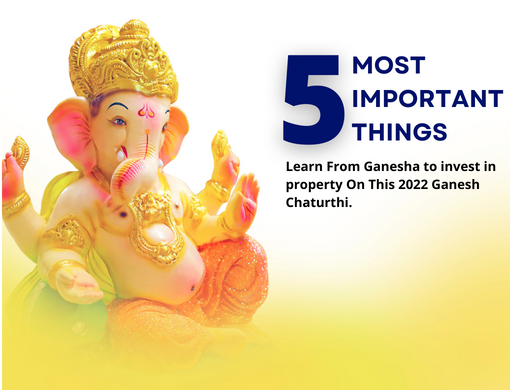 5 Most Important Things To Learn From Ganesha to i.. 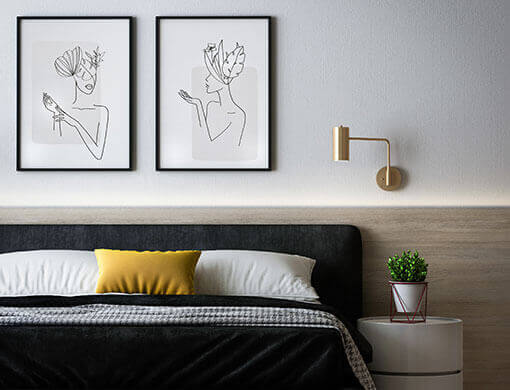